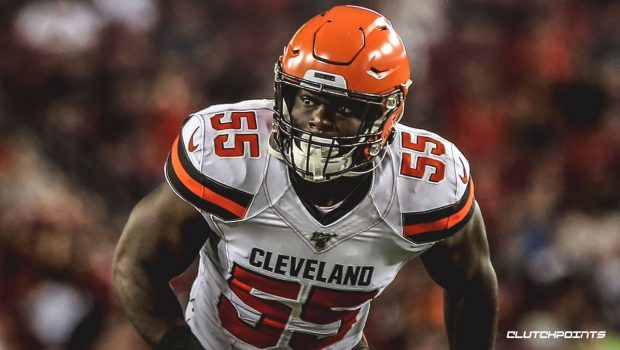 EAGLES NEW LB GENARD AVERY HAS A BAD HIP: IS IT HEALED?

So, the Eagles have traded with the Cleveland Browns for linebacker Genard Avery yesterday.

What exactly did they get?

Avery has played in just two games this season, logging just one tackle.

The 24-year-old, who played at the University of Memphis, was selected by the Browns in the fifth round (150th pick overall) of the 2018 NFL Draft.

He appeared in 16 games in 2018 and showed promise, with 40 tackles, 4.5 sacks, a forced fumble, a fumble recovery and four passes defended.

Avery was expected to have a larger role on Cleveland’s defense this season, but a hip injury slowed him down during the preseason, and he has been largely absent ever since.

The 24-year-old spent all four seasons at Memphis, arriving at the school in 2014 and totaling 18 tackles, six tackles for loss and five sacks during his freshman season.

He followed that up by having a productive sophomore year, finishing with 53 tackles, 6.5 sacks and three sacks. However, it wasn’t until Avery’s junior season that he broke out, racking up 79 tackles, 10 tackles for loss, five sacks, a couple of interceptions, a forced fumble and a pair of defensive touchdowns.

The Browns are just 2-5 on the season and are coming off of their third straight loss, falling to the New England Patriots 27-13 on Sunday. Meanwhile, the Eagles improved to 4-4 with a win over the Buffalo Bills.