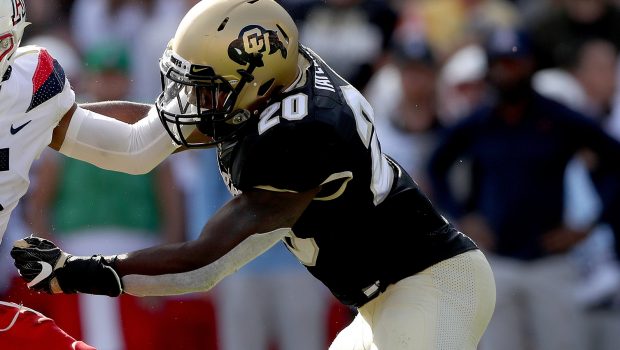 Davion Taylor made major strides during roughly a year under the wing of Colorado coach Mel Tucker.

Taylor was plucked by the Eagles with pick No. 103 in the third round of the NFL Draft.

The Mississippi native recorded 72 tackles last fall as a senior for the Buffs, including eight stops for losses, to go along with four pass break-ups.

At 6-foot, and 228 pounds, Taylor projects as a combo safety/linebacker at the next level, especially after posting an impressive 4.49 time in the 40-yard dash and a 35-inch vertical leap at the NFL’s scouting combine in late February.