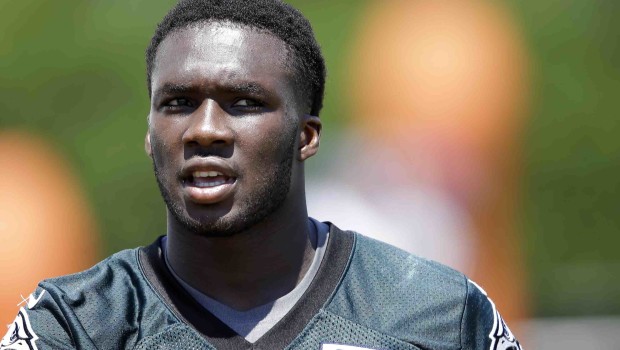 Agholor was accused of sexual assault by a dancer at Cheerleaders, a gentlemen’s club in South Philadelphia, in early June.

When the Philly DA announced it would not file charges against him, July 18, he was cleared.

Agholor was back yesterday in Philly for the Eagles’ first full day of training camp and talked about the situation.

“I just have to reset my focus. I have to remember who I am,” Agholor said “Being in that situation is not who I am. There was a point when I thought all I worked for, all I had accomplished, could be taken away from me.”

Agholor, the Eagles’ first-round pick in the 2015 NFL draft, went to the club with teammates Connor Barwin and Fletcher Cox at the conclusion of the team’s final minicamp.

“I fell short of my mission,” Agholor said. “From here on out I know I have to do the right thing. I put myself in that position. I made the wrong decision being there.”

According to sources the day the story broke, Agholor and the dancer agreed to a price for him to be with her a certain length of time in the club’s Champagne Court. When the dancer left before the stated amount of time, Agholor paid her accordingly and she complained.

Later that night she called the police and said she was assaulted.

“Tough, tough, for a few days I sat back and I was in shock,” Agholor said of the allegations. “But I put myself in a bad position.”

After that he just hoped the truth would come out and it would all come to an end.

“You have to have faith,” he said “I let my lawyer handle it and I prayed. You never want negative things to happen to you, but they say whatever doesn’t kill you, makes you stronger. And I feel a lot stronger.”