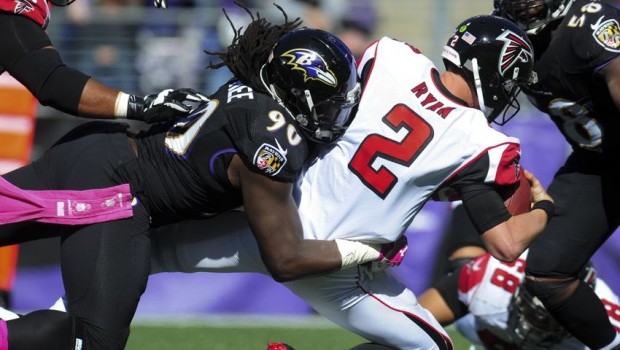 The Eagles need to strike while the iron is hot when free agency opens March 10.

In particular, they should strike and sign Ravens free agent Pernell McPhee, a pass rusher extraordinaire whom Baltimore seems ready to walk.

McPhee has started just six of 60 games since the Ravens selected him in the fifth round of the 2011 NFL Draft, but emerged as one of the NFL’s most effective per-play pass rushers last season.

Citing NFL sources, the Baltimore Sun expects McPhee to command an annual salary between $8 million and $10 million once he reaches the open market.

As was the case with Cory Redding, Paul Kruger, Dannell Ellerbeand Arthur Jones in previous years, the Ravens seem resigned to losing McPhee due to salary-cap limitations and league-wide demand.

McPhee’s value goes beyond his No. 2 Pro Football Focus ranking among 3-4 outside linebackers last season. In addition to his 21 quarterback hits, McPhee boasts the size (6-foot-3, 280 pounds) and quickness to rush the passer from nose tackle, defensive end and linebacker.

Along with the Colts, Atlanta, Oakland and Cleveland have been mentioned as potential landing spots.

As is Ozzie Newsome’s wont, the Ravens general manager will use the subsequent compensatory draft pick to develop McPhee’s replacement.