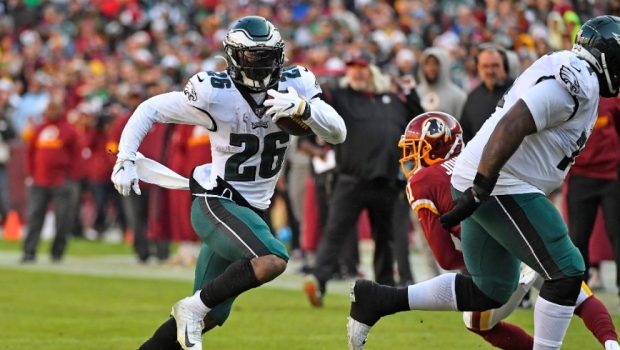 EAGLES SANDERS STAR RISING, BUT STAY AWAY FROM HIM IN FANTASY!

Eagles running back Miles Sanders had his best game of the year against the Pittsburgh Steelers, rushing for 80 yards on over seven yards per carry and also a couple of touchdowns.

But trusting Sanders to repeat that performance against a tough Ravens defense is a tough ask.

Baltimore ranks fifth in the NFL in both rushing yards allowed and yards per carry, and the Ravens have held opponents under 100 yards rushing in three of their five contests. Granted, those came against underwhelming rushing attacks in Houston, Washington and Cincinnati, but it is still worth keeping in mind.

Moreover, Sanders has not been able to establish himself as a weapon in the passing game, something he did quite effectively last season.

If your roster has the likes of Mike Davis or Alexander Mattison, they might be worth a start over Sanders this week.