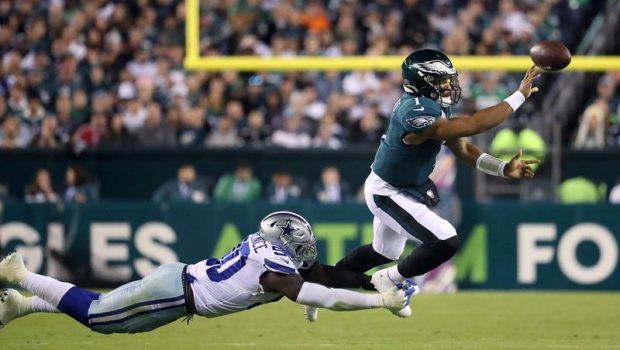 Dallas Cowboys defensive end Demarcus Lawrence started chirping before the Cowboys landed in Philly about the defense that the undefeated Eagles were about to face.

After the game ended, the Eagles beat the Boys 26-17 to remain unbeaten at 6-0, number 1 in the NFC East, and conference .

It was a national TV statement game over their most despised rivals.

The Birds go into their bye week, returning October 30th to take on the Pittsburgh Steelers at the Linc for a 1pm game.