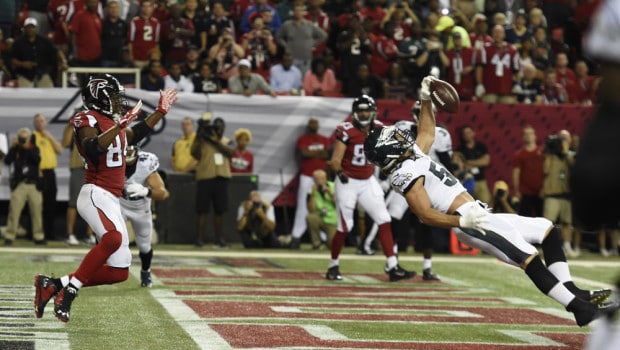 It is rare when an interception in a defeat is so jaw-dropping that it is the indelible memory of the Eagles’ 26-24 opening night loss to the Falcons.

But Kiko Alonso’s TD-saving pick in the first half was just that!

In the offseason, the Eagles gave up LeSean McCoy for linebacker Kiko Alonso. Actually, McCoy seems pretty set on not letting any of us forget about it.

But, on Monday night in the Eagles’ season opener in Atlanta, Alonso paid immediate dividends for his new team:

A one-handed interception on Matt Ryan. In the end zone.