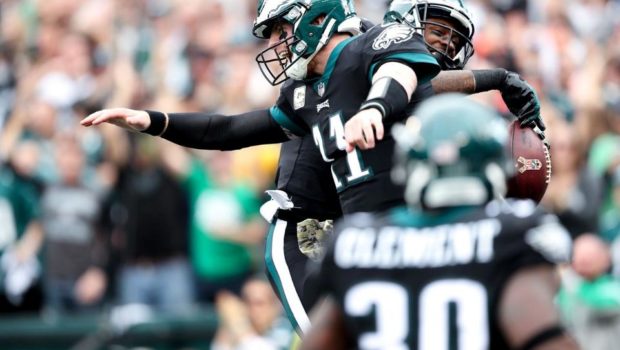 EAGLES NATION NEEDS TO FACE FACTS! SECOND HALF MAY BE BRUTAL!

It’s difficult to criticize a team that’s 8-1 and has won seven straight games. However, it’s about to happen.

As good as the Eagles have been, it’s impossible to think they’ll keep rolling in the second half of the season. First off, they’re about to start playing a much tougher schedule. Of all those wins Philadelphia compiled in the first nine weeks, only one came against a team that is currently above .500 (Carolina).

Now compare that to what the Eagles are about to face in the four games following this week’s bye. They’ll take road trips to face the Cowboys, Seahawks and Rams during that stretch, which means the Eagles will be dealing with more than enough talent to give them fits. That doesn’t mean there isn’t a lot to like about Philly.

Quarterback Carson Wentz is the leading candidate for MVP honors, that defense is definitely nasty and head coach Doug Pederson has done a masterful job leading this bunch. However, the Chiefs — the same Chiefswho gave the Eagles their only loss — stumbled back to earth after a 5-0 start precisely because they had to deal with their own assortment of playoff-worthy opponents during a grueling period in their schedule. You can bet Philadelphia is about to suffer through its own dose of harsh reality in the NFL: