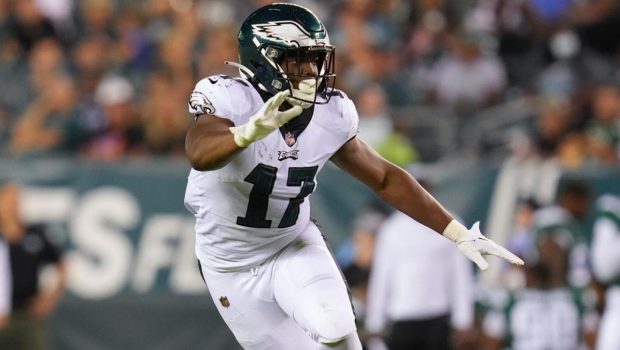 Rookie linebacker Nakobe Dean played a season-high 15 snaps last Sunday filling in for starter Kyzir White after White left the game with an undisclosed injury in the Eagles’ 35-10 win over the Tennessee Titans.

Dean, the Eagles’ third-round pick, tied for second with White with 5 tackles, one behind fellow linebacker T.J. Edwards.

Dean had played a total of 4 snaps in the Eagles’ first 11 games.

He’ll have the Giants’ Saquon Barkley in his sights this Sunday.

.@eagles @NakobeDean played 15 snaps in 4th Q v @Titans and made 5 tackles. Got the old nose for the ball but has instant play recognition just like he did @GeorgiaFootball #FlyEaglesFly #BaldysBreakdowns pic.twitter.com/OBpkxnVizH