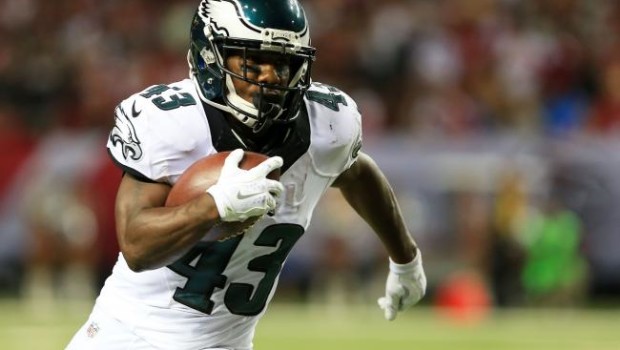 It is fitting and proper that Darren Sproles, who after three games is the Eagles’ most valuable player, was chosen today as the NFC special teams player of the week.

Thanks to an 89-yard punt return touchdown against the Jets that swung the momentum into the Eagles’ favor and ultimately led to a 24-17 victory, Sproles was a hands-down choice

For Sproles, this is his fifth career player of the week award (four times for special teams, once for offense)and his fourth as an Eagle. Since the start of the 2014 season, Sproles’ first in Philly, only Green Bay’s Aaron Rodgers (five) has captured more Player of the Week awards.

“There’s a consistent approach to Darren Sproles,” Kelly said. “I have talked to our players about it. We point it out all the time as coaches. I’ve never been around a guy, and I’ve been around a lot of guys, that practices as consistently as hard as Darren does every single day. In walkthrough, we are done telling him to slow down, because he’s not going to slow down in walkthrough. He goes full speed.

“That’s just the way (Sproles) is built and the way he’s wired. We always talk about, you sink to your level of training and what you see on Sundays from Darren is what we see every single day, whether it’s a walkthrough or whether it’s a practice. It’s an amazing thing to watch. I wish more players would emulate it because it seems like a pretty good formula that’s working.”