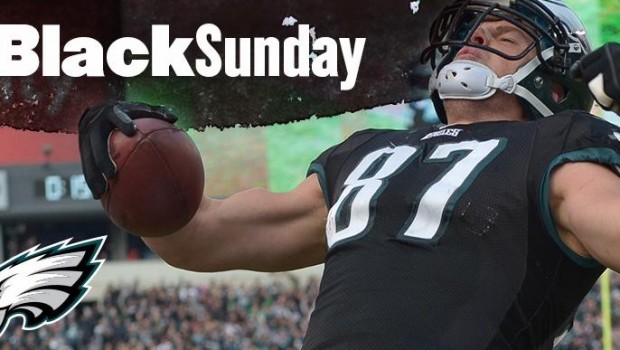 THE GOOD GUYS WILL BE WEARING BLACK ON SUNDAY NIGHT

The Eagles have been in white jerseys this year since their green jerseys are still being produced by Nike, and will debut later in the season.

With a 4-1 record, nobody is complaining about the delay in production.

Even though the white jerseys have treated the Eagles well, the Birds will make a change in jersey color, but one that seemingly has never been seen before this week.

Connor Barwin said on 94-WIP that the Eagles will be wearing all black on Sunday night against the Giants.

“We will be wearing all black, for the first time ever I think,” Barwin said on the Mike & Ike Show Monday. “We’ve always wore black jerseys with white pants, but we will be in all black which is going to be very cool for Sunday night.”

Later on Monday, the Eagles tweeted a confirmation that they will be making the uniform change against their divison rival, including the official hashtag for the week, #BlackSunday.