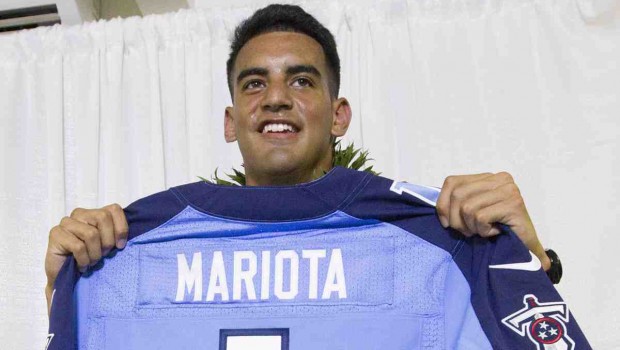 EAGLES MISSED OUT ON MARIOTA, AND SO DID MITCHELL & NESS!

Mitchell & Ness is also bummed out.

And so are all the other local retailers who sell jerseys for a living.

Mariota has the NFL’s best-selling jersey for the month of May, Titans director of finance Stuart Spears told Paul Kuharsky of ESPN.

A study by a sports marketing company also found that Mariota ranks as the 39th most marketable athlete in the world. That may sound rather shocking for a player who hasn’t played a professional game yet, but Mariota was a popular Heisman Trophy winner at Oregon who enters the NFL with a significant fan base. It also helps that Mariota (unlike the only player drafted ahead of him, Jameis Winston) has a squeaky-clean image off the field.

So for now, Mariota is among the NFL’s top stars. But that popularity won’t last long unless he can prove himself on the field.