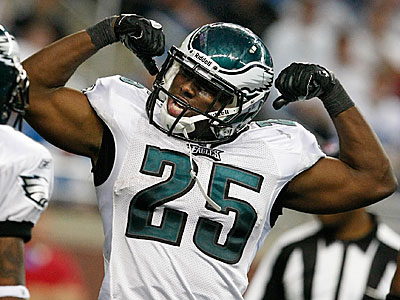 “Some men see things as they are and say why,” George Bernard Shaw is famous for saying. “I dream things that never were and say why not?”

Place Eagles’ running back in the latter category.

But McCoy says he hasn’t changed.

When reporters asked him on Wednesday if he’s the same player he used to be, McCoy first said he wouldn’t answer.

“I’m not even going to address, ‘am I the same player?’” McCoy said. “That’s for you all to figure out.”

Then McCoy did answer, and insisted that he is.

McCoy may view himself as the same person he was a year ago, but the reality is he’s nowhere near as good as he was a year ago. Last year he was one of the best players in the NFL; this year the Eagles’ offense has been better when Darren Sproles takes the field to replace McCoy.

If the Eagles can get McCoy playing back at his 2013 level for the rest of this season, that would go a long way toward putting them in the playoffs. But right now, McCoy isn’t the same player he was last year.