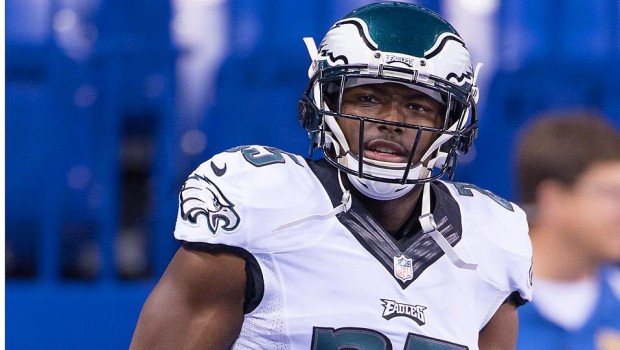 EAGLES’ MC COY MAY BE THROWN UNDER THE FANTASY BUS

If you think Eagles fans have been tough on LeSean McCoy, who has been underperforming since the Birds’ opener against Jacksonville, you ought to consider what Fantasy owners of the 2013 NFL rushing leader are saying and doing.

They likely spent no worse than the second overall pick on the star running back, but he has performed like anything but a guy coming off of a rushing title. Through four games this year, he has just 192 yards on 70 carries, the second-lowest total since 1975 for a running back with that many touches. Twenty-six running backs, including teammate Darren Sproles, have more fantasy points than McCoy to date. There are plenty of ways to say that it hasn’t been pretty for McCoy in 2014, but those are two of the best.

McCoy is too good and in too supportive an environment to not turn it around. McCoy is an otherworldly talent who is 26 years old, at the height of his powers, and at the center of one of the league’s very best offenses. Not only is he going to be fine this year, but his struggles have very little to do with him. Fantasy owners can lay the blame for

​After being a strength of the offense last year, the Birds’ offensive line has not been opening up any rushing lanes for McCoy. The first issue is continuity. The unit has been without Lane Johnson all season because of a four-game suspension for violating the league’s policy on performance-enhancing drugs. His replacement, Allen Barbre, suffered a high-ankle sprain in the Eagles’ Week 1 win over the Jaguars, and hasn’t been on the field since. Pro Bowl left guard Evan Mathis sprained an MCL in that same game, and is expected to be out until November. Two weeks later, center Jason Kelce suffered a sports hernia that will cost him about two months. When McCoy ran for just 17 yards on 10 carries last week, he did so behind a line that featured regular starting right guard ToddHerremans at right tackle, backups Dennis Kelly and Matt Tobin at both guard spots, and backup center David Molk. The only starter in his natural position was left tackle Jason Peters.

​​While McCoy is a speedster with some of the best moves in the league, he did his best running last year between the tackles, primarily behind Mathis, Kelce and Herremans. He averaged 6.0 yards per carry running over left guard (Mathis), 5.4 and 5.9 in the “A” gaps (to the left and right, respectively, ofKelce), and 5.5 yards running over right guard. This year, with Mathis andKelce out and Herremans playing right tackle out of necessity, he hasn’t been able to get anything going as an inside runner, especially to the left. He’s averaging just 1.2 yards per carry over left guard and 3.9 in the “A” gap between left guard and center. Things are a bit better to the right, but, of course, Herremans was at his usual right guard spot until last week. He was forced to kick outside to tackle after Johnson’s backup Andrew Gardner earned a pass-blocking grade of -4.0 and run-blocking grade of -2.2 from Pro Football Focus in Week 3.And there is reason for optimism with the line, as well. Lane Johnson is back in the team facility and will play this week after serving his four-game suspension. That allows Herremans to move back inside to guard. For the first time since Mathis went down with a knee injury in the first game of the year, the Eagles will have at least one side of their starting offensive line intact. Don’t be surprised to see the Eagles reap the benefits if and when they pound McCoy to the right on Sunday against the Rams.