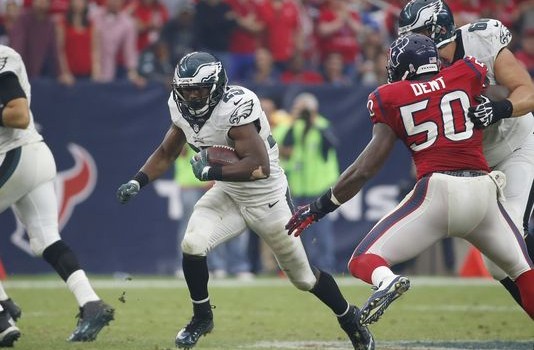 LeSean McCoy had a big game Sunday against the Houston Texans, and the Eagles premier running back says that Houston’s NRG Stadium has a field that worthy of the NFL.

Appearing on Monday’s “Pro FootbalL Talk Live,” McCoy called it “probably the worst field I ever played on.”

What makes it so bad?

He’s referring to the system of grass trays that are pieced together, resulting in seams and gaps between the trays.

“You’ve got to make sure the field condition is great for the players, because we’re the guys out there running, putting our life on the line, playing hard,” McCoy said. “I think the least they could do is have the field in better shape so a guy could just go out there and run and be safe.”

He’s right. At a time when the league and the NFLPA hope to promote player safety, the process begins with giving them the safest possible playing surfaces.