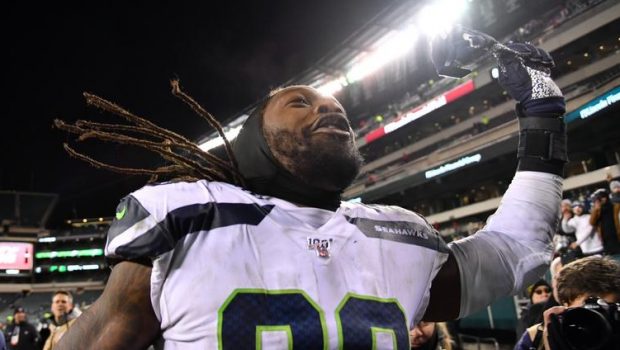 EAGLES MAY NOT WANT CLOWNEY, BUT SEAHAWKS WILL PAY THE MAN!

But Clowney may have the last laugh at the bank.

So how much would the Seahawks pay? As one league source explained it, Seattle has been willing to pay Clowney $15 million on a one-year deal.

During the talks between Clowney’s representatives and Seattle, it came up that the Browns would pay Clowney $18 million. It’s unclear whether that was a real offer or the kind of puffery that happens during negotiations.

Regardless, Clowney still remains available. As teams as able to start doing business, presumably they’ll be able (sooner than later) to bring free agents in for visits and physicals. At that point, maybe a market for the first pick in the 2014 draft will finally emerge.