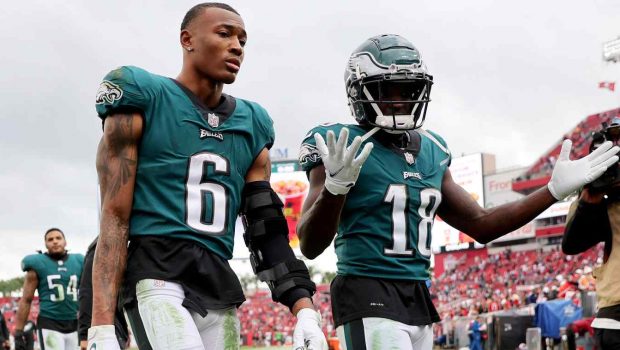 EAGLES ARE STUCK WITH REAGOR, THE DROPS KING OF TRAINING CAMP!

“We have great depth at the wide receiver position,” Sirianni said.

A spot in the starting lineup won’t be easy to achieve, given the presence of 2021 first-rounder DeVonta Smith and A.J. Brown, for whom a 2022 first-round pick was traded. Quez Watkins is the projected starter in the slot.

Still, unless he’s traded, Reagor likely won’t be going anywhere. His four-year rookie contract is fully guaranteed, with $1.816 million due this year and $2.419 million due in 2023.