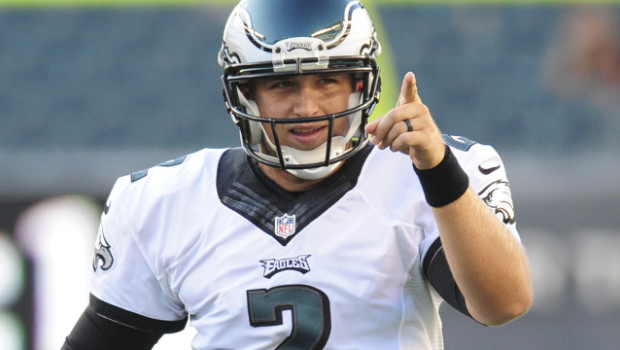 If coach Chip Kelly decides Tim Tebow is the No. 3 QB behind Sam Bradford and Mark Sanchez, Barkley has little or no value in a trade.

“We wouldn’t trade for him,” an executive in personnel for a NFC team told NJ.com. “We never really liked him, even at Southern Cal. But it only takes one team to like him and maybe give you something. If you can get two teams that’s even better. Just know one of them isn’t going to be us.”

Another NFC scout made it clear his team wasn’t interested in giving up anything for Barkley, either.

“You’re asking me would I trade for (Barkley),” he said. “No. No. No. If he became available (by getting released), maybe and that’s just a maybe. But no we wouldn’t give up anything for him.”

Would another team, he was asked.

“I wouldn’t think so. I mean he’s a third guy, and you don’t trade for a third guy, you just get them. If he was a two, sure, but he’s never shown he can be a two. You would have to really, really like him to trade for him.”

The coach said a lot depends on how Barkley played the rest of the preseason beginning Saturday night against Baltimore.

“Right now, I would say no,” he said in reference to a trade for the QB. “But if he lights it up. Who knows if a team gets a guy hurt, or a couple guys hurt they get a little nervous. Then you have something.”

A third personnel man, also from a NFC team, probably liked Barkley the best of the four. But wasn’t ready to make a trade, either.