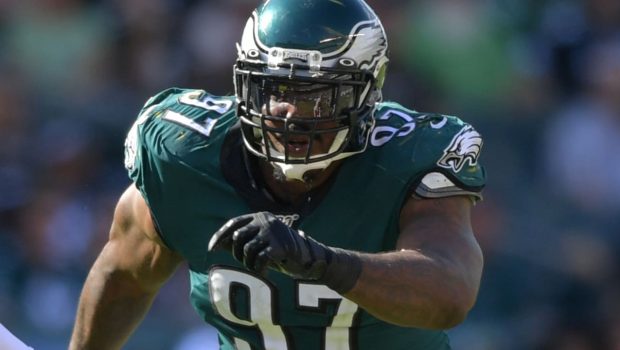 Eagles running back Miles Sanders and tight end Zach Ertz both left Sunday’s loss to the Ravens with injuries they are both out for Thursday night’s Giants game at the Linc.

Ertz is expected to miss around a month with an ankle injury while Sanders may be back sooner.

Defensive tackle Malik Jackson left Sunday’s game with a quad injury and the Eagles said he would not have practiced yesterday. Their estimated injury report also said right tackle Lane Johnson would have sat out with an ankle injury.

Johnson was replaced by Jack Driscoll, who also hurt his ankle and would have missed practice. Safety K’Von Wallace (shoulder) was also listed as out.

Wide receivers DeSean Jackson (hamstring) and Alshon Jeffery (foot) were listed as limited. Jackson has missed three games and Jeffery has yet to play this season.

“Well, obviously, Alshon and DeSean have been practicing with us and DeSean last week and so obviously optimistic,” coach Doug Pederson said.

“Short week. You don’t know how guys are going to respond physically. We’ll see where they are at because we don’t — with short weeks, we don’t get actual live reps in practice, so we keep everything more of the traditional walk-through.”