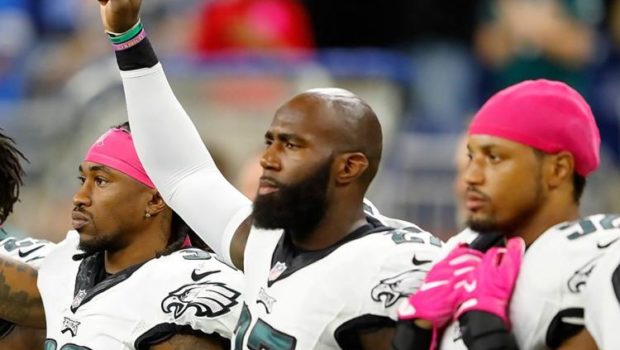 Eagles safety Malcolm Jenkins has raised a fist during the playing of the anthem over the last two years and, per multiple reporters, said that he will not do so before Sunday night’s game against the Seahawks in Seattle.

“I don’t anticipate demonstrating this week simply because I felt like when I started demonstrating, my whole motivation was to draw awareness to disenfranchised people, communities of color, injustices around the country, our criminal justice system,” Jenkins told the Inky. “And obviously through this year and talking with the league and what they’ve kind of proposed, I feel like has presented a bigger and better platform to continue to rase that awareness and continue to [influence] postive change.”

Anquan Boldin, Jenkins’ fellow organizer of the Players Coalition, said that he believes the deal provides incentive for players to stop protesting during the anthem.

Not all players agree with Boldin and Jenkins and two players who were part of the coalition — 49ers safety Eric Reid and Dolphins safety Michael Thomas — said that they were leaving the group because it didn’t represent the best interests of players.