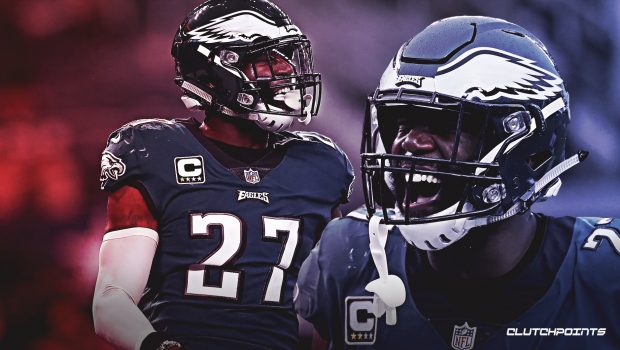 Eagles coach Doug Pederson made it clear yesterday that he expected all players to be at mandatory minicamp next Tuesday, but it doesn’t look like he is going to get his wish.

Adam Schefter of ESPN reported this morning that the Eagles are looking to add safety help with Malcolm Jenkins holding out, and he doesn’t see an end in sight:

After visiting with the Colts on Monday, Titans’ free-agent safety Johnathan Cyprien is visiting and working out for the Eagles today, per source.

Eagles have been looking to add safety help, and Malcolm Jenkins has been a no show this off-season – with no end in sight.

As a result, the Eagles have brought in Johnathan Cyprien for a tryout in hopes to get a little more depth at the position.

Jenkins has skipped the entire offseason program to this point and with mandatory minicamp coming up on June 11-13 at the NovaCare Complex, the expectation is that he will not be present.

With a few safeties signing big contract extensions this offseason, Jenkins’ contract is only the 10th highest among safeties and it’s a good assumption he is looking for a bigger payday. He has two years left on a contract that has an average annual salary of $8.1 million.

It’s unclear if the two sides have any dialogue towards a new contract, but this is a player the Eagles can’t afford to have hold out into the season.

Pederson said yesterday he expected everyone to be at minicamp, but hadn’t talked to Jenkins.

“That’s just me personally,” Pederson said. “It’s the first mandatory portion of the offseason, so as a head coach I’d expect that they’d all be here.”