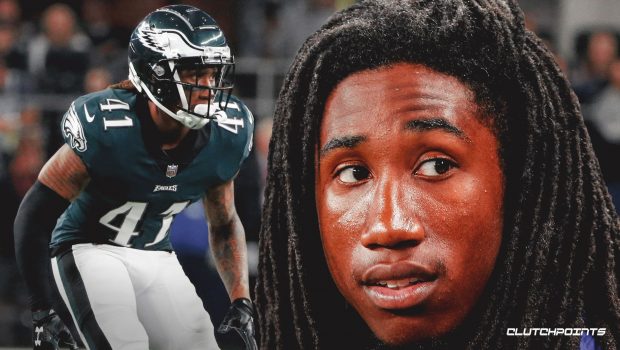 One day after signing Nelson Agholor to a year-extension, the Eagles have done it again for a dinged-up cornerback.

They’re bringing back one of their top free agents. Ronald Darby on a deal the NFL Network estimates is worth $8.5 million.

Darby, 25, has spent the last two seasons with the Eagles, but is currently rehabbing from a torn ACL he suffered in 2018. He played nine games in 2018 after playing just eight regular-season games in 2017 because of a dislocated ankle.

When healthy, Darby might just be the Eagles’ most talented corner, but he’ll return to a really crowded defensive backfield. It’s unclear whether or not Darby will be ready for the start of the 2019 season. But he projects as a starter in their defense when he’s healthy.

If Darby isn’t ready for the start of the year, the Eagles still have Jalen Mills, Rasul Douglas, Sidney Jones, Avonte Maddox and Cre’Von LeBlanc. It’s a crowded position group.

Darby reportedly visited Kansas City Thursday night, but apparently liked the idea of coming back to the Eagles for one more season to prove he’s healthy before testing the open market again this year. Darby was clearly one of the Eagles’ top free agents this offseason. Had he signed elsewhere, he would have likely counted toward the compensatory pick formula; but the Eagles prioritized keeping the player.

The Eagles originally acquired Darby during training camp in 2017 for Jordan Matthews and a third-round pick. He started at the beginning of that season, disclosed his ankle in a nasty injury but was able to return.

In 17 regular-season games with the Eagles, Darby has four interceptions and 21 passes defensed.