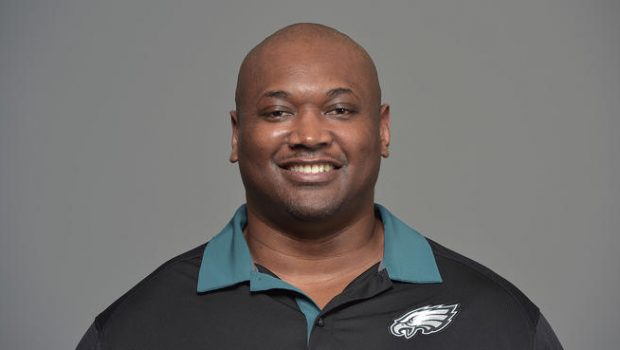 Daniels will replace Chris Wilson, who held the job for the previous three seasons and has not been retained.

Daniels is the second internal promotion this offseason. Assistant receivers coach Carson Walch took over as receivers coach, taking over for Gunter Brewer after just one season.

Daniels, 45, has been the Eagles’ assistant DL coach for the past three seasons. Before that, he was the director of player development for the Washington Redskins in 2012.

A fourth-round pick in 1996 out of Georgia, Daniels had a long and productive NFL career. He played 14 seasons for three different teams. Daniels, known for his workout prowess, last played in the NFL for Washington in 2010.