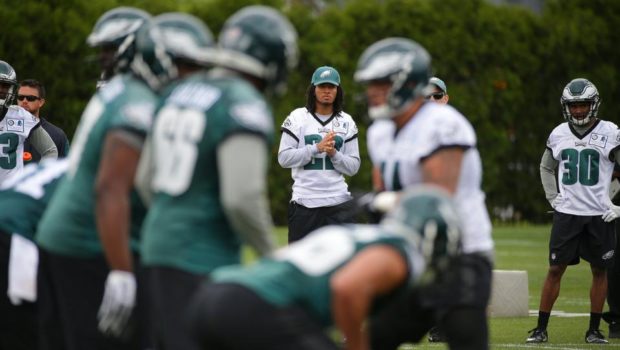 The Eagles have released CB Dwayne Gratz and placed DT Beau Allen and CB Sidney Jones (above) on active/NFI list.

Allen is working his way back from a pectoral injury that he suffered a few months ago.

In 2016, Allen appeared in all 16 games for the Eagles and recorded 29 total tackles, 0.5 sack, and one fumble recovery.