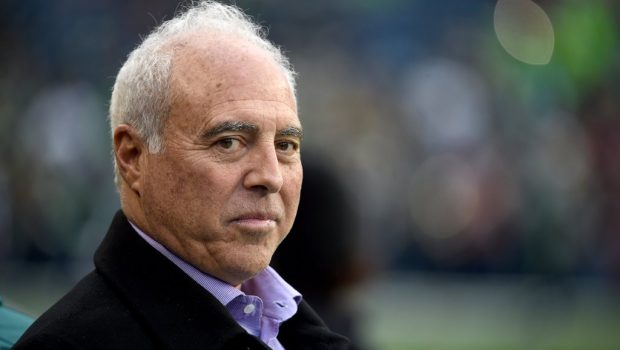 EAGLES LURIE LEVELS TRUMP ON COVID: ‘WE ARE AN EMBARRASSMENT’!

Eagles owner Jeffrey Lurie did a Zoom call yesterday with the media for the first time, and he took the gloves off.

He could no longer hide his frustration with the political powers that be.

Though he never mentioned President Trump, you be the judge who he was talking about when he said:

“So if I told you that yesterday, five Boeing 737s crashed in the United States, everybody died, well, that’s every single day right now, every single day. It’s been like that for many weeks.

“We have to own this.