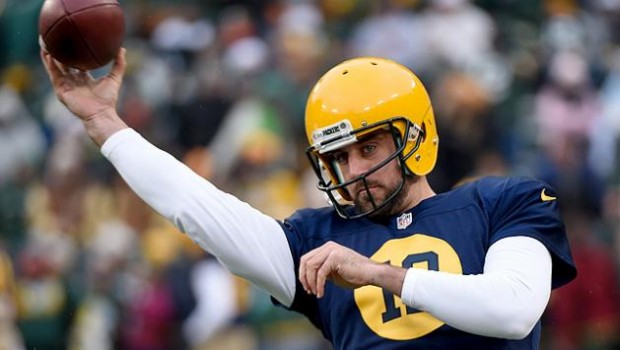 EAGLES WOULD LOVE TO WIPE THAT SMIRK OFF RODGERS' FACE

And if the Eagles get their wish, they will face the Green Bay Packers again in the playoffs and then rub QB Aaron Rodgers’ face in it.

The Packers had plenty of fun on Sunday as they trounced the Eagles 53-20. The Eagles think they had too much fun.

“Hell, yeah. That sh-t pissed me off,” linebackerBrandon Graham said, via Geoff Mosher of CSNPhilly.com. “I wanted to get him. But at the end of the day, shoot, he was doing his job. More power to him. I guess we would be laughing if we were sacking him.”

“[H]e was smirking,” cornerback Nolan Carroll added. “He’s always been like that. You’ve seen it many times. He’s just one of those guys that jokes on the field. Whatever you present to him, whatever you show him, it doesn’t surprise him much.”

There’s a simple solution for it. The Eagles could have shut him up by beating him.

“It’s just one of them things where you want to smack that smirk off his face,” Graham said. “But I mean they definitely came to play. I’ve got to take my hat off to him. That’s the first time I have ever seen that.

“We started talking about it toward the end. We were like, ‘He’s been laughing at us all day.’ He’s a good quarterback, man. I would love to see him in the playoffs.”

Apparently, Rodgers would love to see the Eagles in the playoffs, too.