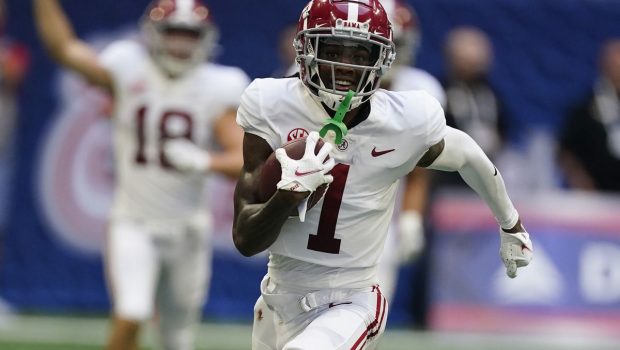 Alabama WR Jameson Williams has seen his odds to be the first wide receiver drafted over the past two weeks.

And the Eagles had him in for a visit this week.

But they currently have picks 15 and 18 in the April 28 draft, and he’ll be long gone by then.

Each of the top five receivers has a different skill set, making the draft board increasingly hard to predict.

That is what makes the first wide receiver drafted prop for Williams (6-2/188) so intriguing.

The rise of Williams is a signal that his knee injury is healing on schedule and fully recover without issue.