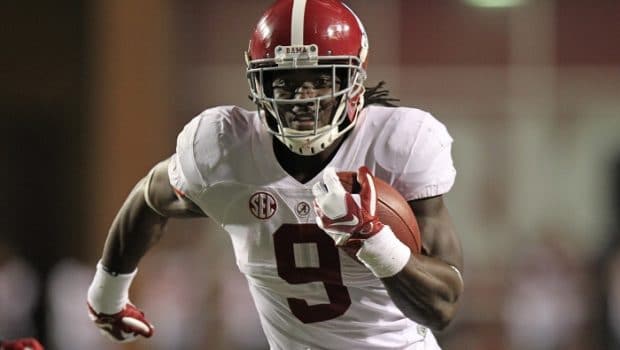 EAGLES COULD DO A LOT WORSE THAN DRAFTING A RUNNING BACK!

The Super Bowl champ Eagles face this month’s NFL draft with only six picks, so they have to use them wisely.

Defensive ends Brandon Graham and Chris Long and newly signed DT Haloti Ngata will all be free agents next year, and even recently acquired Michael Bennett will turn 33 this season and faces a potentially major legal issue.

Given how reliant coordinator Jim Schwartz is on his front four, probably wise to begin restocking.

Big Ten linemen like Ohio State DE Sam Hubbard or Michigan DT Maurice Hurst might be solid options at the back of the first round.

All-world LT Jason Peters is 36 and trying to came back from an ACL tear that ended his 2017 season after seven games. Could be time to start eyeing his successor.

If GM Howie Roseman wanted to find a high-end replacement immediately, he’d probably have reasonable shots at players like Pitt’s Brian O’Neill or UCLA’s Kolton Miller at the end of Round 1.

But the Eagles won’t pick again until Round 4, when projects like Humboldt State’s Alex Cappa or North Carolina A&T’s Brandon Parker are more realistic options.

The Eagles let RB LeGarrette Blount go in free agency and only have Jay Ajayi under contract for one more year. Given this draft is loaded with talent at the position, might be smart to replenish the backfield.

The Eagles haven’t taken a back in the first round since 1986 (Keith Byars), so don’t expect Roseman to go after LSU’s Derrius Guice or Georgia’s Sony Michel at No. 32. 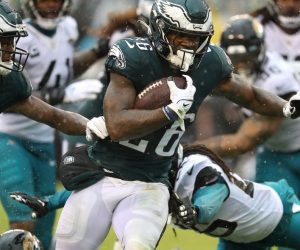