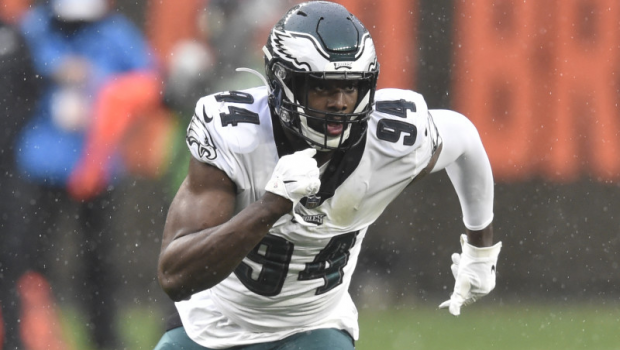 The Eagles lost Pro Bowl defensive end Brandon Graham for the season because of a ruptured Achilles tendon and three-time Pro Bowl right guard Brandon Brooks was placed on injured reserve with a strained chest muscle.

How their replacements — Landon Dickerson for Brooks and Ryan Kerrigan and Josh Sweat — do Monday night will go a long way toward determining if the Birds will beat the Cowboys.

”I talked to our guys about the void that has taken place with Brandon and from a leadership and a character and an attitude standpoint, I think collectively everyone has to try to fill that void because not one guy is going to be able to do that,” defensive coordinator Jonathan Gannon said.

Second-round pick Dickerson filled in for Brooks after he went down and is expected to make his first career start.

”Obviously, there’s things he can improve on, it was his first time playing, but excited about Landon going forward,” offensive coordinator Shane Steichen said.