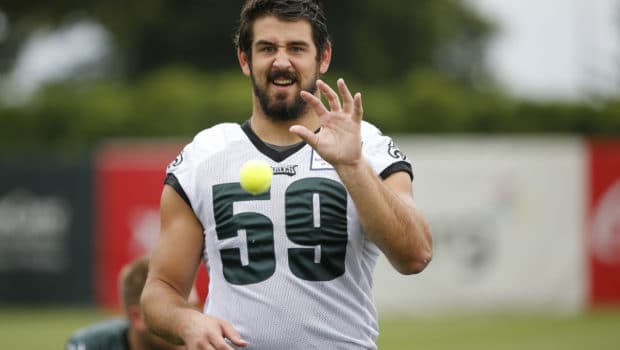 TheEagles won the battle against the Steelers Thursday night, but they may have lost the war to stay healthy.

Rookie linebacker Joe Walker suffered a torn ACL in the game, and is probably out for the season.

The Eagles took Walker in the seventh round of this year’s draft out of Oregon.

They weren’t deep at the position to begin with, and there has been regular speculation they might eventually go sign Stephen Tulloch, considering his background with Eagles defensive coordinator Jim Schwartz.

They two sides talked contract earlier this month but never came to an agreement.