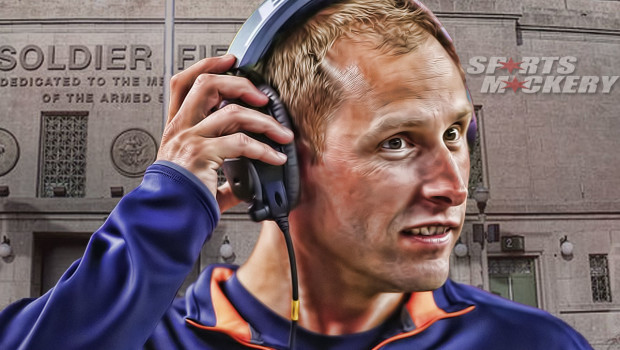 The Eagles got left at the altar by Adam Gase.

Though there was talk of a second interview with the Chicago Bears’ offensive coordinator to fill the head coaching vacancy left when Chip Kelly was fired, Jeff Lurie and Howie Boy Roseman were beaten to the punch.

The Miami Dolphins today made the Bears offensive play-caller their new head coach. NFL Media Insider Ian Rapoport reported that Gase has signed a five-year deal, per a source with knowledge of the situation. The first-time coach will be officially introduced during a 3 p.m. ET news conference.

Gase was one of the hottest names on the market after his promising handiwork with Bears quarterback Jay Cutler, who threw just 11 interceptions this season after 18 picks in 2014. Chicago’s offense was an up-and-down affair, but Cutler’s career-high 92.3 passer rating only helped Gase’s reputation as a quarterback whisperer. Gase also did fine work developing rookie running back Jeremy Langford for a Chicago offense that was hamstrung all year long by injuries to wideouts Alshon Jeffery and first-round pass-catcher Kevin White.

Gase has been talked about as head-coaching material since helping guide Peyton Manning and the Broncos to Super Bowl XLVIII. During his two seasons as Denver’s coordinator from 2013 to 2014, the creative play-caller directed an attack that led the NFL in points, total yards and passing yards per game.

The Dolphins fired coach Joe Philbin following an early-season loss in London to the Bills. Interim coach Dan Campbell took over and performed well enough to net an interview for the gig, but Dolphinsfootball czar Mike Tannenbaum made it clear this week that he and newly anointed general manager Chris Grier planned to spread a wide net to find their man.