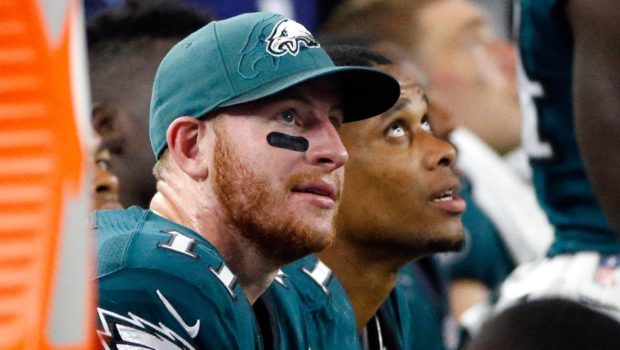 We are approaching the halfway point in this crazy NFL season, and here’s what the NFC East looks like:

Dallas Cowboys (11-5): Tough road games (Minnesota, Pittsburgh) and the Tony Romo dilemma are ahead, but the lead may be insurmountable in an otherwise average division.(Preseason prediction: 5-11)

New York Giants (10-6): With five of next seven at home and some patsies (Bears, Browns) still to come, things are lining up for Giants to snatch a wild-card berth.(Preseason prediction: 8-8)

Washington Redskins (6-9-1): Just when things were looking up, they learn four-game ban of LT Trent Williams coincides with most brutal stretch of their schedule.(Preseason prediction: 7-9)