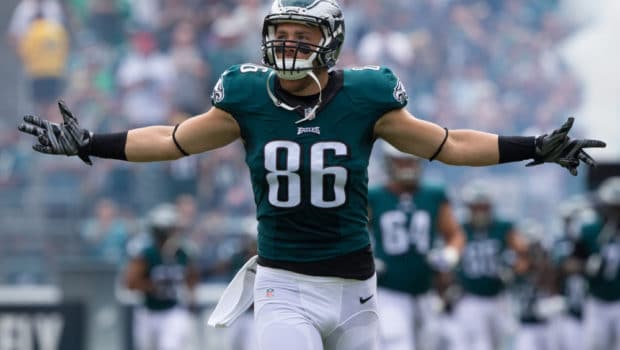 If Eagles quarterback Carson Wentz wants to rebound from last Sunday’s disaster in Washington, he should do the following:

Ertz’s targets have dipped since his return from injury in Week 5, but the good news is that he has been a near-every-down player during the span.

Ertz has been on the field for 91 of the team’s 105 snaps, including 56 of 64 pass plays, during the team’s past two games. He has been limited to six targets (fourth on the team) during the span, but it’s hard to imagine his role as a pass-catcher not increasing considering the massive role he’s playing.

Ertz was targeted seven times in Week 1 and averaged 7.6 per game last season.

Ertz is a fantasy back-end TE1 against Minnesota this week.