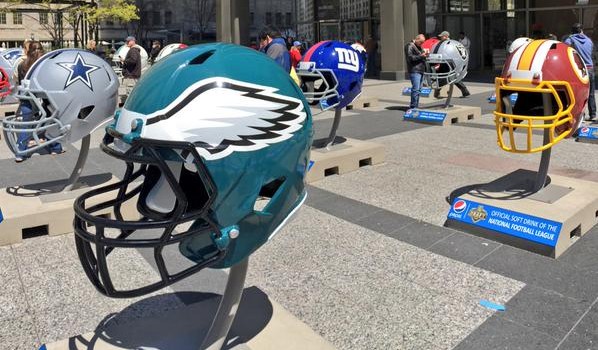 EAGLES-LIONS: HOW TO GET FAT ON ALL 3 TURKEY DAY GAMES!

The Lions have allowed a combined 29 points while winning consecutive games for the first time this season. … Detroit’s NFL-worst running game has eclipsed 100 yards just twice in 2015 but had 109 Sunday. But the Eagles have surrendered 200 rushing yards twice in their past four games. … Lions DE Ziggy Ansah (8 sacks) will line up primarily across from Eagles LT Jason Peters, one of the NFL’s few tackles capable of matching his length and explosiveness.

Eagles RB DeMarco Murray averaged 3.9 yards per carry against the Lions in last season’s playoffs when he played for the Dallas Cowboys. … The Eagles are waiting to see whether QB Sam Bradford’s shoulder has healed before deciding whether to start him or Mark Sanchez.

The Panthers lead the league in interceptions (15) and fumble recoveries (10) and rank second with 31 sacks. They’ve held opposing passers to a league-low 70.6 passer rating. … Carolina has won 14 consecutive games in the regular season. … The Cowboys’ average time of possession of 34 minutes, 9 seconds leads the NFL. … The matchup of emerging Panthers CB Josh Norman against all-pro Cowboys WRDez Bryant should be fun to watch. Opposing passers have a minuscule 32.7 rating when throwing at Norman. … Cowboys DE Greg Hardy spent his first five NFL seasons with the Panthers but called them “nameless, faceless opponent” this week. … Cowboys RB Darren McFadden has surpassed 100 rushing yards in three of his past five games.

The Bears’ last three losses have been by three points or fewer. … Chicago QB Jay Cutler is 1-12 against the Packers and has lost all four of his starts at Lambeau Field. … Bears RB Matt Forte appears ready to return after a three-game absence due to a knee injury. … Packers RB Eddie Lacy is coming off his first 100-yard game of the season. The Bears allow 4.6 yards per rush. … Green Bay WR James Jones caught two TDs in Chicago in Week 1. … Packers QB Aaron Rodgers’ 34 TDs against the Bears are his most against any opponent. He’s 13-2 against Chicago in games he has completed, including 10 consecutive wins. … Brett Favre will have his No. 4 jersey retired by the Packers at halftime.