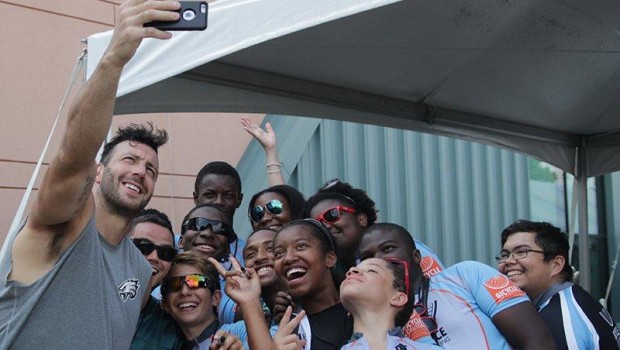 If you are asking yourself about pro athletes and why they don;t show more of an interest in anything but themselves:

Last Friday, he was at Union Transfer with his fans, his dad, and with his teammate Jason Kelce raising money for a playground!

“I will be very brief because Hop Along is up next,” he said. “But I just wanted to quickly let you guys know that tonight we have raised over $200,000 for a new playground. And because of this show–this is our third year doing the show–and in the last three years we have raised over $600,000 and leveraged that for over $4,000,000 for neighborhood parks in Philadelphia.”