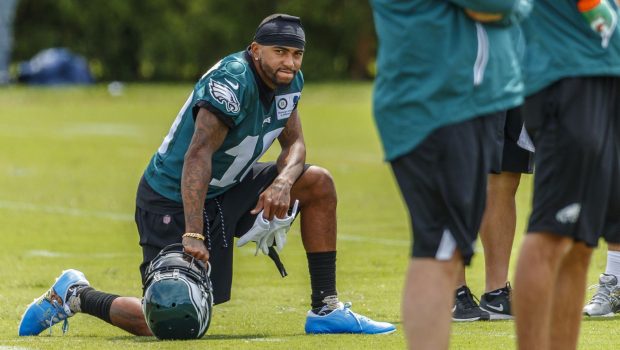 How much better will the Eagles deep threat be with the return of wideout DeSean Jackson?

Clay ranks the trade for Jackson as the 23rd biggest position upgrade in the NFL this offseason:

“Whether they’ve tried Nelson Agholor, Torrey Smith or Mike Wallace, the Eagles have struggled to add a vertical element to the offense since Doug Pederson was hired in 2016.

“They looked to rectify that by trading for old friend Jackson, who returns to the team that drafted him, following five seasons away.