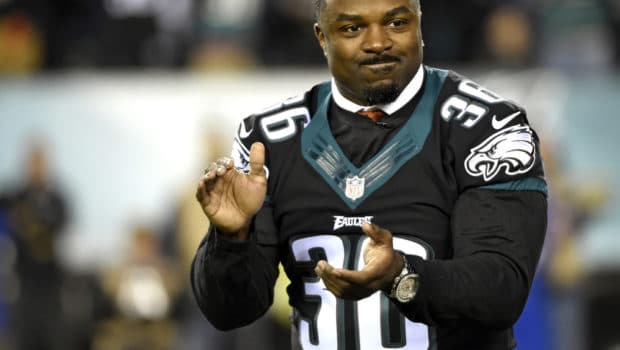 Not every Eagles player is 100 percent behind the Sam Bradford trade.

Last Saturday’s surprising two-in-one decision by the Eagles to trade starting quarterback Bradford to the Vikings and to make rookie Carson Wentz the new starter raises an obvious question:

Will veteran players be concerned about the perception that the franchise has decided on a path that makes the Eagles less competitive in 2016?

“I kind of feel for those veterans like Jason Peters and Malcolm Jenkins, because I know and I was in the situation,” Westbrook said. “I had Donovan McNabb my entire career in Philadelphia but at some point they benched Donovan McNabb when we were in Baltimore and they put in Kevin Kolb. You just wonder, ‘OK, what are we doing here?’ Because we felt right now we had one of the better quarterbacks in the league in Donovan on the bench.

“It’s a little bit different situation with Sam Bradford because he hasn’t been one of the better quarterbacks on that same type of level as Donovan but if I’m on this football team here in Philadelphia right now and I’m a veteran I’m saying, ‘Well, hold on, timeout. We’re building for the future but that future does not necessarily include me and I have a problem with that.’ It’s good for the organization but not necessarily good for those veteran guys and so I would be a little disappointed.”

Westbrook’s explanation led to the question of whether he knows that guys on the team feel the way Westbrook would feel under these circumstances.

“Definitely,” Westbrook said. “There’s no doubt about it and I’ve talked to a few guys that have expressed that. A few guys have said, ‘We’re trying to win this year because I don’t know if I’m going to play next year and I’m definitely not sure if I’m going to be able to be in Philadelphia next year. So as much as we want this young guy Carson Wentz to be successful we’re concerned about winning this year. We’re concerned about winning now.’ . . .

“I think that there’s an understanding from the fans, the coaching staff as well as the front office that, ‘Hey, we’re going to need to take some time to build this thing the right way.’ Unfortunately for some of the older players, some of the veteran players, that doesn’t necessarily mesh with what your goal is as far as winning right now.”

“Just being around our players through all the whole offseason in training camp and in the preseason games they all believe in Carson Wentz, that’s clear,” Roseman said. “You get a chance to talk to him a lot during that period of time just in between drills and on the sideline. All of them can see his unique physical ability and then his work ethic and his mental makeup is off the charts so it wasn’t something where the rest of the team couldn’t see how talented this kid is. A lot of this, our message to them is that we believe in them and we believe that the teams who’ve had success with a rookie quarterback are built the same way that we’re built. So it’s an opportunity for all of them to show their leadership [and] to step up their game and we understand there are a lot of doubters outside our building but we’re really looking forward to kicking it off on Sunday.”

Westbrook’s comments show that not all veteran players have that attitude. If Wentz succeeds quickly, their attitudes could change.