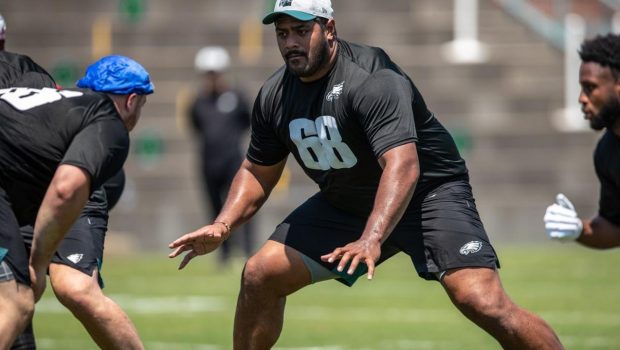 Brian Baldinger has loved Eagles LT Jordan Mailata since he was drafted as a rugby player back in 2018.

Now, three years later, Baldy says Mailata could be the most “dominant” left tackle in the league.

Baldy also discusses the Eagles offensive line as a whole as well as the defensive line, what he is seeing from Jalen Hurts and where he needs to improve, plus some more NFL talk from around the league with one of the best minds in Football.

This is The National Football Show with Dan Sileo across the JAKIB Media Sports.

“When it came to the starting position, I had no idea how this was going to play out,” Mailata told the Eagles web site.

“My focus is on Week 1, preparing for Week 1. Haven’t had time to really reflect on the journey.”