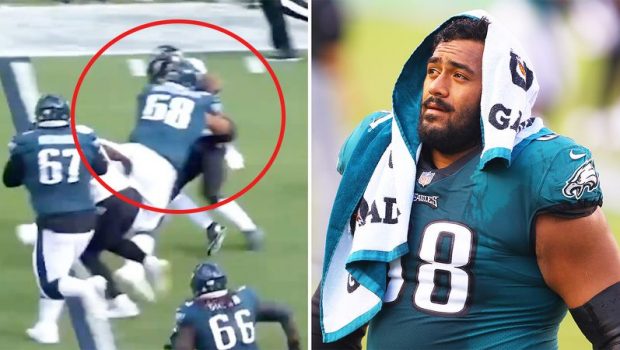 By Bruce Cook and Brian Baldinger

Aussie Eagle Jordan Mailata has put the NFL world on notice after another impressive game.

The Eagles have endured a tough start to the season and went down 30-28 against the Baltimore Ravens.

But despite just one win in six games, the 346-pound Aussie starting at left tackle was a shining light.

Mailata started against San Fransisco in week 4 and has held his starting position since with a string of strong performances.

And a monster hit, which sparked excitement on social media, only further increased his chances of retaining that position.

.@Eagles @jordan_mailata I like watching this young pro grow up and learn the game; but you can never take the “Rugby Player” out of him #Polynesian #BaldysBreakdowns pic.twitter.com/O39B8so2NS