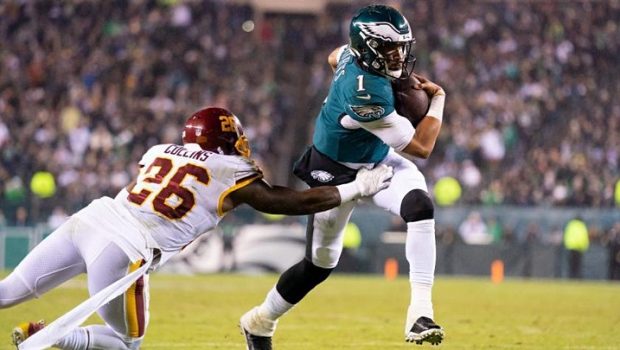 EAGLES LEAPFROG FROM 16 TO 11 IN SI.COM NFL POWER RANKINGS!

The Eagles are finally getting some respect from the national media.

Even if they are getting the side-eye from some locals like Seth Joyner and Mikey Miss.

Take Sports Illustrated, which used to be the bible back in the day when it was owned by Time Inc.

Now it’s lost some of its luster owned by a marketing company, Authentic Brands Group.

But we’ll take the praise where we can get it, from SI.com, which ranks the Eagles 11th-best in thre NFL:

“Slowly becoming one of the most exciting teams in the league, the Eagles are shapeshifting offensively behind the versatile Jalen Hurts.

“Still, the No. 1 rushing offense in the league is opening up some fascinating doors for Nick Sirianni’s ballclub.”