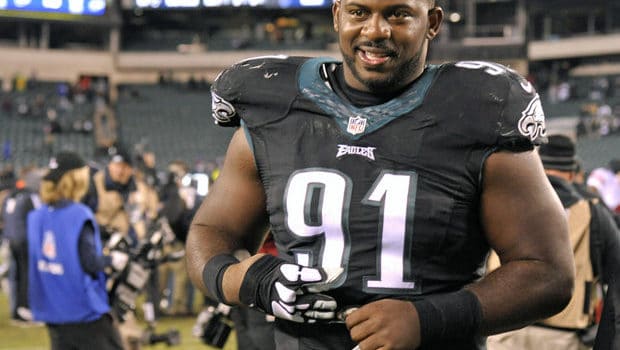 With the latest $63 million outlay to defensive lineman Fletcher Cox (above), the Eagles have now handed out almost twice as much guaranteed money as any other team since Jan. 1.

The Giants rank second on this list on the strength of three contracts—the $52.5 million given to Olivier Vernon, the $28.8 million to Janoris Jenkins and the $24 million to Damon Harrison.

The Ravens extended Joe Flacco and restructured his contract, giving him a $62 million guaranteed arrangement. They also sent a little over $20 million to tackle Ronnie Stanley and $13 million to free safety Eric Weddle.