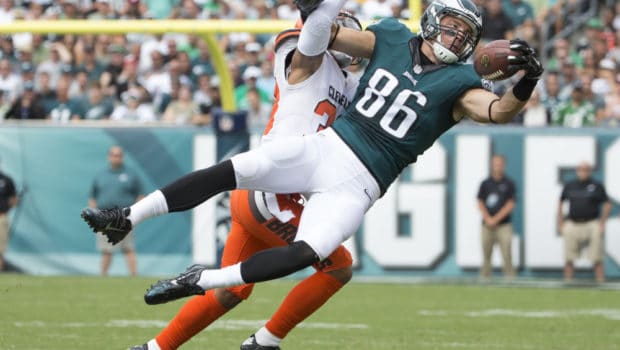 The Eagles have been the NFL’s healthiest team in 2016.

According to numbers from mangameslost.com the Eagles have been without injured players for a total of 45 games this season, that ranks as the healthiest team in the league by far.

The closest team to them is the Tennessee Titans, who have lost 63 man games to injury.

This does not include right tackle Lane Johnson getting caught taking an illegal substance and being suspended for 10 games.

The Eagles have also placed just three players on injured reserve this season, and only one — backup cornerback Ron Brooks — during the season. That’s also the least amount of any teams in the league. The other two Eagles on injured reserve are rookies Joe Walker and Alex McAlister, who went on prior to the start of the season. Walker may have contributed on special teams. McAlister is basically enjoying a red-shirt season.