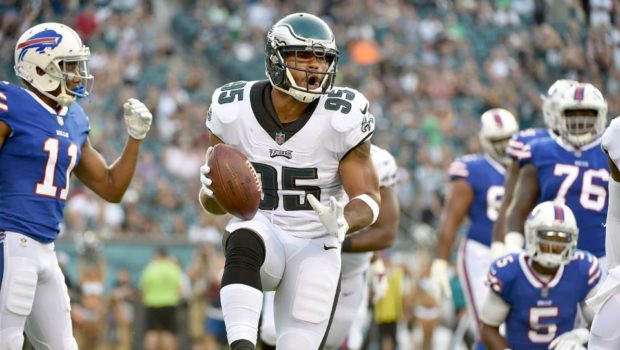 Eagles linebacker Mychal Kendricks has been the best player on the team now that two games of the ridiculous preseason are under their belt.

And, if you consider that he hasn’t played this good since 2013, his play is even more amazing.

The Eagles have seemingly been shopping him for years, and no one wanted him.

Kendricks had his second interception of the preseason last night, catching a Tyrod Taylor pass that was deflected as safety Rodney McLeod timed a blitz perfectly and got his right hand on the throw.

The pass deflected high into the air and Kendricks made the interception. He also sniffed out a screen and showed a strong pass rush with a quarterback sack.

Kendricks plays his best football when he’s playing downhill. No doubt there are questions about how many snaps he will get in the defense, but Kendricks has had two very good preseason games.