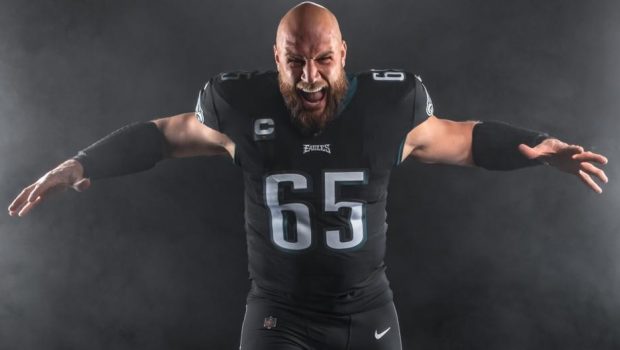 EAGLES LANE JOHNSON: ‘BANDAGE UP AND JUST GO OUT AND PLAY’!

Eagles right tackle Lane Johnson practiced Friday for the first time since suffering an injury in Week 16 and he said he will be in the lineup when the Eagles take the field in the divisional round of the playoffs.

Johnson is putting off surgery with core muscle specialist William Meyers in order to play in the postseason and said “the only reason I’m coming back is because I think we have a chance to be something special.”

“We’ve rehabbed real well. Today was good and looking forward to next week. It’s just one of those things you’ve got to bandage up and just go out and play. It’s very common among hockey players. It’s a little different in the trenches. But I’ll make it work.”

Johnson said next Thursday’s practice will be a particularly big one because he’ll go full speed against Eagles defenders “without any help from painkillers or anything like that.” Assuming that goes well, Johnson should be on hand for the Eagles’ playoff debut.