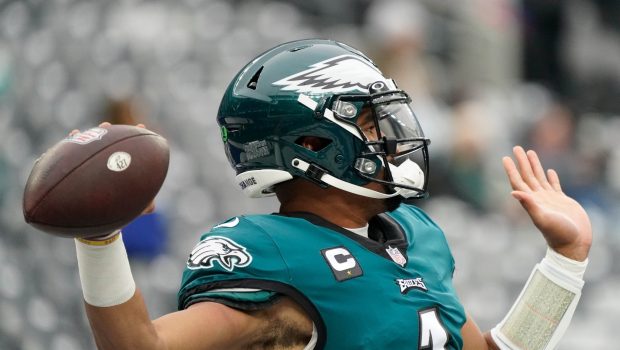 The Eagles went to North Jersey Sunday to play the Giants and they laid an egg!

With a golden opportunity to move up in the NFC East standings, QB Jalen Hurts was awful, throwing three interceptions, and accruing an abysmal rating of 17.5 — making it nearly impossible to win an NFL game, which they lost 13-7.

Amazingly, they did have a chance to win in the waning moments of the 4th quarter, but WR Jalen Reagor dropped two catchable passes that could have won them the game. But the second-year receiver could not pull down either ball.

Somehow the Birds believed they were much better than the Giants, which they are not.

The talk of playoff dreams will end on talk radio this week, and  taking on the NY Jets next Sunday to win another winnable game will be front and center for the 5-7 Eagles.