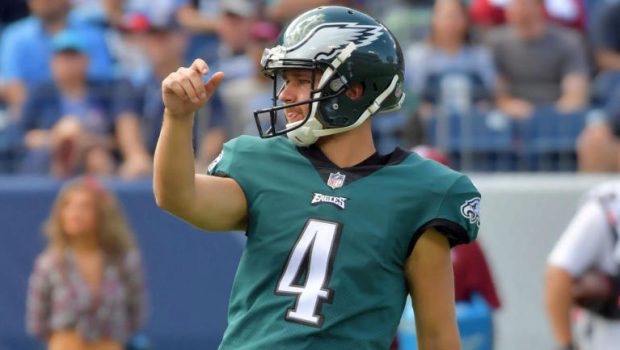 EAGLES KICKER JAKE ELLIOTT HAD A NOVEMBER TO REMEMBER!

Eagles kicker Jake Elliott has been named the NFC Special Teams Player of the Month.

In four November games, Elliott connected on all 19 of his kicks – eight field goals and 11 extra points. Two of those eight field goals were from 50+ yards. He scored 12+ points in consecutive games, including a career-high 16 points thanks to four field goals in the Week 11 win over the Saints.

Elliott was honored as the NFC Special Teams Player of the Week for the Saints performance. This is Elliott’s first Special Teams Player of the Month award. He is the first Eagle to capture the award since kicker David Akers in November 2010. Akers joined the Eagles Insider Podcast this week to discuss Elliott’s outstanding season.l space. It’s all kudos to them. They’re the ones going out there and putting in the hard work. I’m just there as the caddie, ‘Hey, maybe you want to do this on this situation,’ and let them go out and play.”

On the season, Elliott is fourth in the NFC with 84 points. He’s made all 30 extra point attempts this year along with 11 consecutive field goals. He’s been true on all three of his field goal attempts from 50+ yards.

Elliott is Pro Football Focus’ top-graded kicker in the NFC.