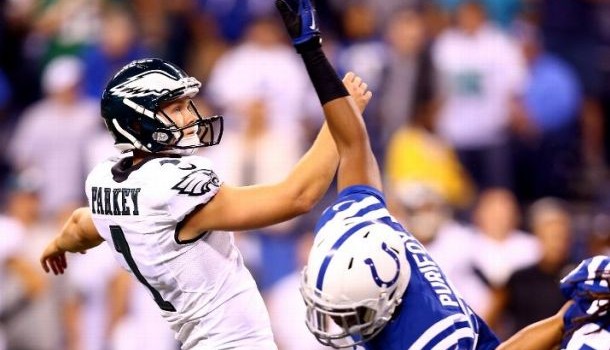 The Eagles’s season ended with a victory over the New York Giants on Dec. 28, but the honors for members of the 10-6 Birds just keep on coming.

Place kicker Cody Parkey has been added to the 2015 NFL Pro Bowl roster.

The AFC Championship matchup between New England and Indianapolis means that either kicker Stephen Gostkowski of Patriots or Adam Vinatieri of the Colts will be heading to the Super Bowl.

Since Parkey is the first alternate, he will be taking one of their spots. The NFL or the Eagles have yet to announce Parkey’s addition to the roster.

Parkey’s spot was well earned, as he finished the season 32 of 36, including 4 of 4 from beyond 50 yards. His biggest kick of the season was a game winner against the Colts back in Week 2. His low point, however, was missing two field goals against the Washington Redskins in Week 16, a game the Eagles lost by three points.