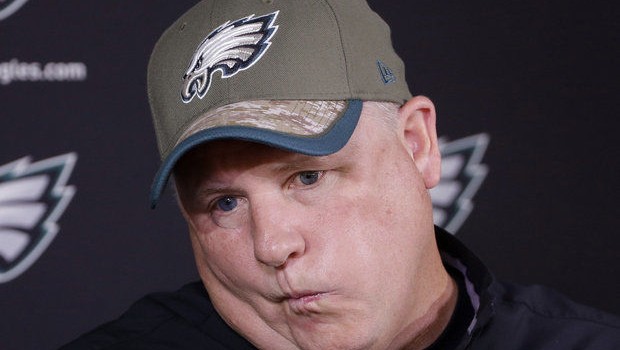 Chip Kelly spent 10 minutes today arguing with the media about the status of running back DeMarco Murray. The reported meeting that Murray asked for with owner Jeffrey Lurie?

“That isn’t what happened,” Kelly said. “He sat next to Mr. Lurie on the plane on the ride home. they were both in first class. They talked about the game and what happened.”

So did Murray reach out to Lurie due to his frustration?

“He was sitting next to Mr. Lurie on the plane,” Kelly said. “He didn’t go and request a meeting with the owner.”

Has Murray expressed to you he is unhappy?

“I’ve had a meeting with DeMarco, yeah,” Kelly said. “He’s frustrated because he didn’t get the ball a lot on Sunday, which most running backs are frustrated from that aspect.”