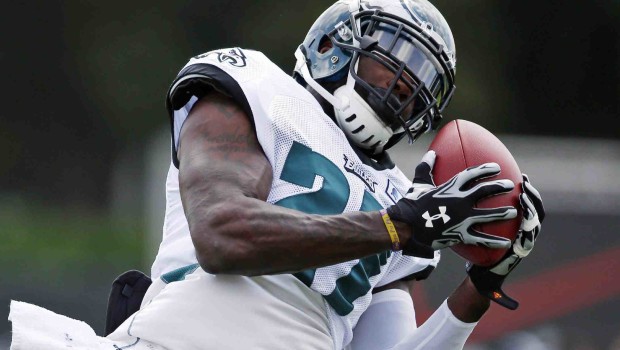 So, Malcolm Jenkins (above) took issue with the way Eagles coach Chip Kelly structures team meetings, which in his view impedes the process of holding players accountable for mistakes.

This is how far into the weeds we are getting now that the Eagles are 4-7 and heading to a likely eighth loss this Sunday at heavily favored and 10-1 New England.

Jenkins had an issue with the Eagles not holding very many team meetings, and addressing mistakes in position meetings as opposed to a group setting, where players would be held accountable in front of their peers.

“Why don’t I do that?,” Kelly said of the team meetings, “Because my right guard doesn’t need to hear what my safety needs to hear. Matt Tobin doesn’t need to know the instructions for a free safety. So if you want to get detailed corrections, it should be done in position meetings.”

As for the idea that holding players accountable in a larger setting would produce better results?

“I don’t buy that,” Kelly said. “If you need to get called out, then you aren’t getting anything accomplished.”

“Where most mistakes that teammates make or players make were brought up more in a team setting. The approach here is more in the individual rooms and that is by design,” Jenkins said. “A lot of the times when things happen on the defensive side of the ball; if the secondary isn’t playing well, those mistakes aren’t pointed out in front of the whole entire defense. It’s dealt with in the defensive back’s room.”