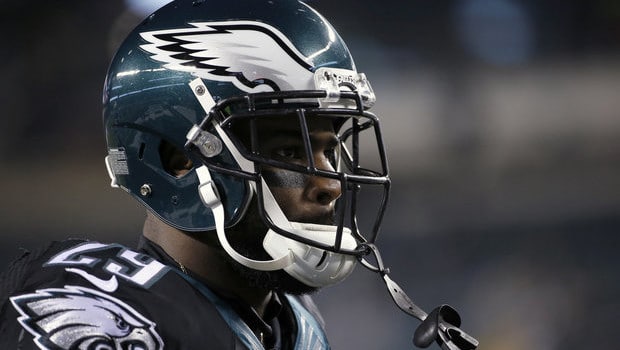 Eagles coach Chip Kelly tried to explain today why DeMarco Murray, his $40 million running back, only got two touches in last night’s 40-17 blowout by the Arizona Cardinals.

“It was a combination of we only had 19 rushes on the entire day,” Kelly said. “We need to run the ball more consistently for us to be good on the offensive side of the ball.

“It depends on where we are,” Kelly said. “We were in a lot of third-down situations, but passing situations, and Darren Sproles is in there in that.”

Speaking after the game, Murray admitted he was surprised to now be spending so much of the time on the sidelines.

“Yeah a little bit,” Murray said. “You gotta control what you can control and keep grinding and fighting. But it’s out of my control.”

Now 14 games into the season, however, the Eagles are stuck with Murray, and Kelly will continue to try to explain why he isn’t on the field.

“For us to be good, we have to be better at (running the ball),” Kelly said, “so we can distribute the carries for all of our guys

“I’m disappointed in everything we are doing from a consistency standpoint,” Kelly said. “I’m not singling out any single player.”